Toast of Broadway Toastmasters club had our annual Humourous speech contest where our members can compete for the privilege of representing our club at the Area speech contest. The contest was run by our newest member Louise. Despite the fact that Louise had never attended a Toastmasters contest before, she ran the entirely thing so smoothly, and played a great game to warm the audience up at the start. We had six guest judges from other Toastmaster clubs all around Auckland.

It was a close call between our speakers, but one of our newer members Clarence won the contest and will be representing our club at the Areas M2/M4 Humorous Speech and Speech Evaluation Contests. Good luck Clarence!

After some tea, coffee, and biscuits, it was time for Table Topics. Danielle (who loves to spice up Table Topics) had a great theme – she asked a question that someone could either be for or against, and then at some point during the speech she would say ‘switch’ and the speaker would suddenly have to begin debating the opposite point. It was great fun and many of our guests came up and gave it a go!

A big thank you to our VP membership Danielle for arranging this contest, to Louise for running everything smoothly, to the judges for their time and expertise, and to everyone who participated in the meeting. We look forward to seeing you at our next meeting on 4th March 2019. 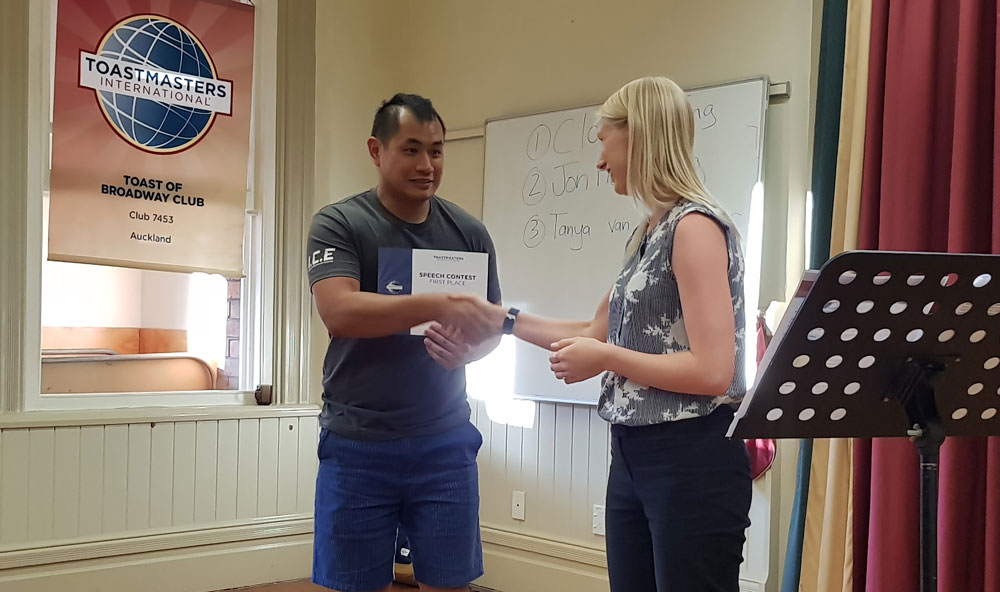 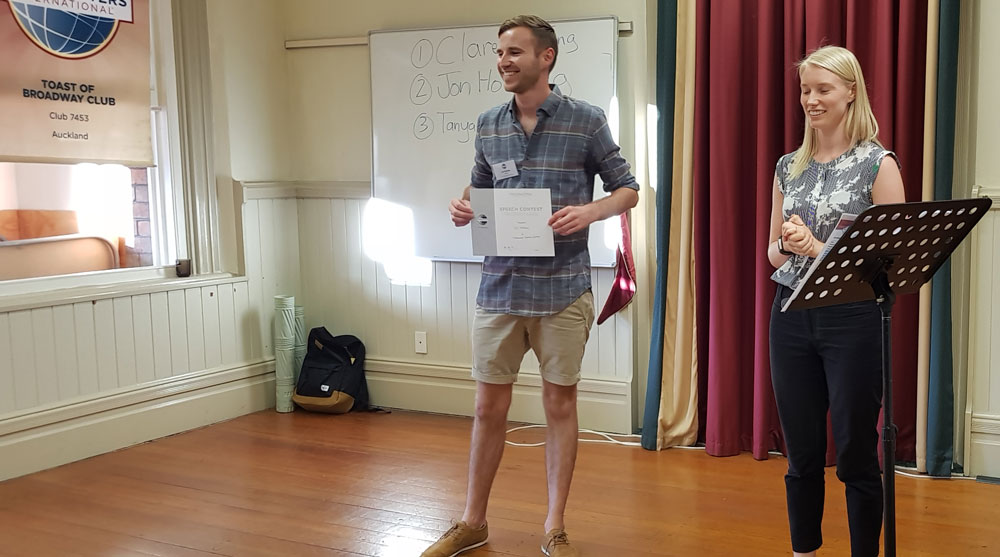 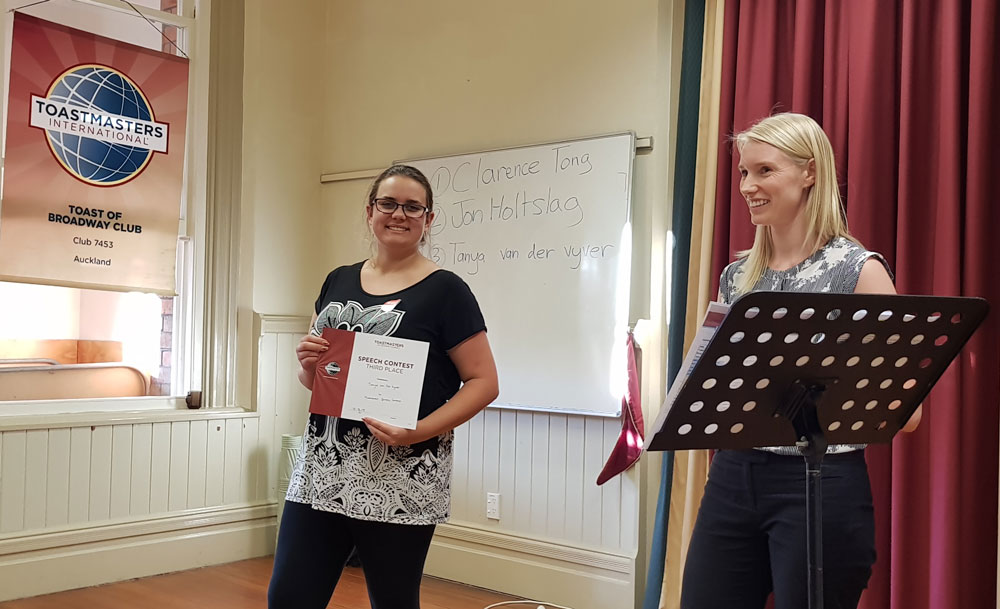